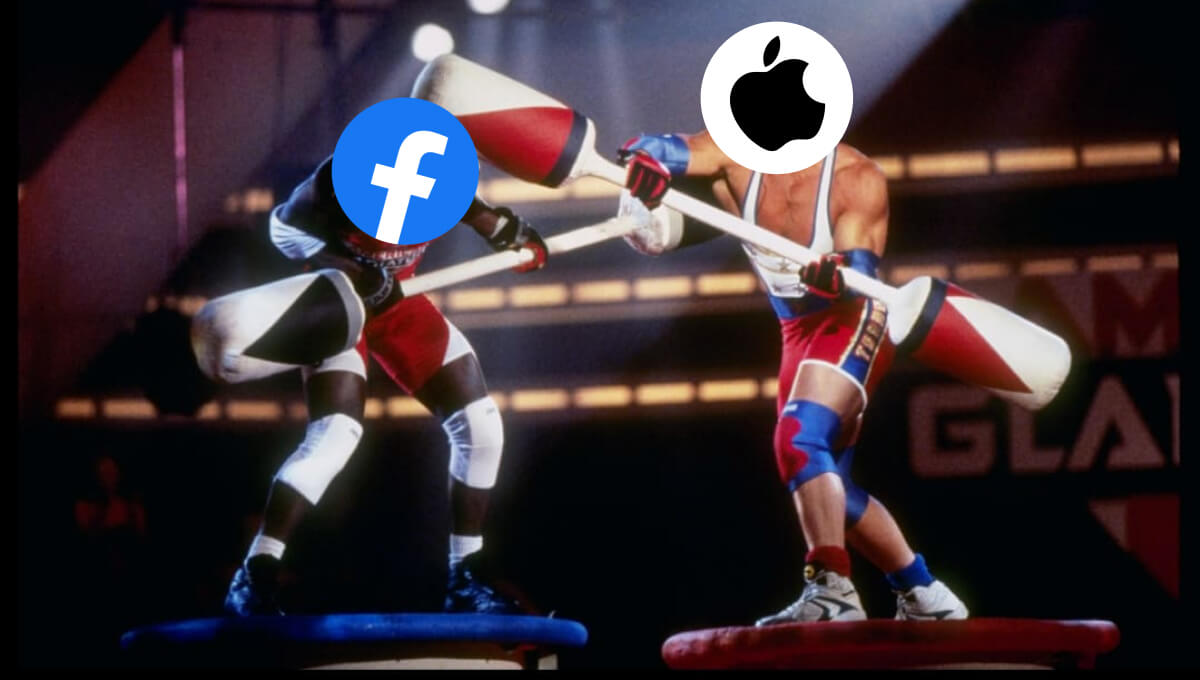 How Does the Apple vs Facebook War Affect Your Business?

Changes to the digital marketing landscape are coming for advertising businesses after Apple announced a new iOS app requirement that has put Facebook on the defensive. In addition to Facebook publicly criticizing Apple at a level that most giant corporations rarely do, the new regulation and Facebook’s rebuttal have opened a greater philosophical debate on users’ privacy vs anticompetitiveness and where the line is drawn that separates the two.

So what exactly is happening and how does it affect you, the advertising business? Glad you asked.

Apple announced the next update to iOS 14 will include a new requirement called App Tracking Transparency, the latest step in Apple’s campaign to market the iPhone as the smartphone with the most security regarding user’s data and privacy. App Tracking Transparency will require every app on the App Store to prompt each user to opt in or out of allowing their behavior data that is collected by that app to be shared with other apps on the user’s iPhone. This means iOS apps will no longer be able to access and utilize user data from other apps on the same device, if the user opts out.

The way this “tracking” works is each user’s behavioral data is collected by what’s called an Identifier for Advertisers (IDFA) on the device, which is shared across all the apps on that device. Facebook (and thousands of other apps) currently use this as one of many ways to show relevant ads to targeted users, making it one of the most popular advertising channels in the world. It’s also the primary reason why Facebook topped $84 billion in ad revenue in 2020, which is a big factor in Facebook’s public ridicule of Apple over this decision—Facebook stands to lose substantial advertising revenue, just like many of its advertisers who are not prepared for the upcoming changes.

Why is Apple Doing This?

The App Tracking Transparency requirement is not an attempt by Apple to attack Facebook’s business model—and it’s not an isolated incident. The federal government has been questioning the validity of the size and power of “big tech” companies for decades, dating back to the first time then-Microsoft CEO Bill Gates was first grilled on Capitol Hill in the 1990s. Since then, the CEOs of Facebook, Amazon, Google, and others have suffered through morbidly uncomfortable questioning by Congress.

Why is this still happening? These companies are built on user data, and their wildly popular products and services depend on that data. Yet the pressure from the federal government, other corporations that haven’t adapted to the digital age, and much of the public are (and have been) pushing heavily for the regulation of user data as a tool for profit.

As a pioneer of the digital age, Apple is trying to be the first to push this new concept of data privacy forward while simultaneously positioning itself to profit off the changes. The latter is the basis of Facebook’s campaign against this upcoming change.

What Does This Mean for Advertising Businesses?

Example: Sarah follows multiple boards in the Pinterest app about sunglasses and clicks several product links. This data is shared with other apps on her iPhone. Facebook uses this data to categorize Sarah in one of their thousands of groups of similar users, called audiences. Cool Shades, a sunglasses store near Sarah selects the option within Facebook Ads to target users who recently “expressed interest in” sunglasses while using other apps on their iPhones. Sarah is shown an ad for Cool Shades while scrolling through her Facebook app.

Future Example (opted out user): Sarah’s behavioral data from Pinterest cannot be shared with Facebook, so she is not categorized as someone who recently “expressed interest in” sunglasses and is not shown an ad Cool Shades with that targeting tactic.

Future Example (opted in user): Nothing changes and Cool Shades can still target Sarah the same way as before the App Tracking Transparency requirement.

This is not the only targeting tactic within Facebook Ads, though. If Cool Shades properly uses first-party data, the effectiveness of their advertising should not be drastically affected.

What Are We Doing About This?

The primary way that advertising businesses can continue to show their marketing messages to targeted, in-market users after App Tracking Transparency goes into effect is to use first-party data, which is collected by the advertiser directly from its customers and website visitors. Primary examples of first-party data include customer lists from each business’s CRMs and user behavioral data from each business’s website.

For our clients’ Facebook Ads, Space Automotive has always primarily used first-party data. Facebook has rolled out some new guidelines to continue to do this and we have already completed all of the required verifications to keep our clients’ campaigns running smoothly after App Tracking Transparency is officially rolled out.

Using customer data will be more important than ever when advertising on Facebook in the near future: Apple’s announcement states the requirement will begin “in early spring.” Advertising businesses that use reliable first-party data should see no extreme changes in Facebook Ad campaign performance.

How Does This Affect Overall Marketing Strategies?

The most important aspect of Apple’s new requirement that is putting Facebook on the defensive is perspective. Facebook is a powerful digital advertising tool, and will continue to be after App Tracking Transparency is in place, especially for those advertising businesses that adapt to the new changes.

However, Facebook is not—nor has ever been—the only effective digital marketing or advertising platform available for all types of businesses. Facebook is part of most of our clients’ overall advertising strategies, but it is never the majority of those strategies, much less the entirety.

And the aforementioned perspective also applies to the entire potential marketing audience as well: iPhone users account for 58% percent of all smartphone users in the United States, which means that the other 42% will be unaffected by Apple’s new requirement.

Just like every tactic, medium, and platform we use, we will continue to be proactive about upcoming changes to ensure we are putting our clients’ marketing messages in front of relevant potential customers as efficiently and effectively as possible.

What Can You Do?

If you haven’t already, grant Space Automotive access to your CRM so we can regularly pull fresh user data to ensure your target audience remains as granular as possible. We are happy to walk you through this process and do the heavy lifting of utilizing your customer data for you so you can focus on what you do best: running your business.

If you have further questions about Apple’s App Tracking Transparency requirement or how it affects Facebook users on iPhones, contact us and we’ll be happy to revisit your marketing strategy to ensure your ROI is always maximized. 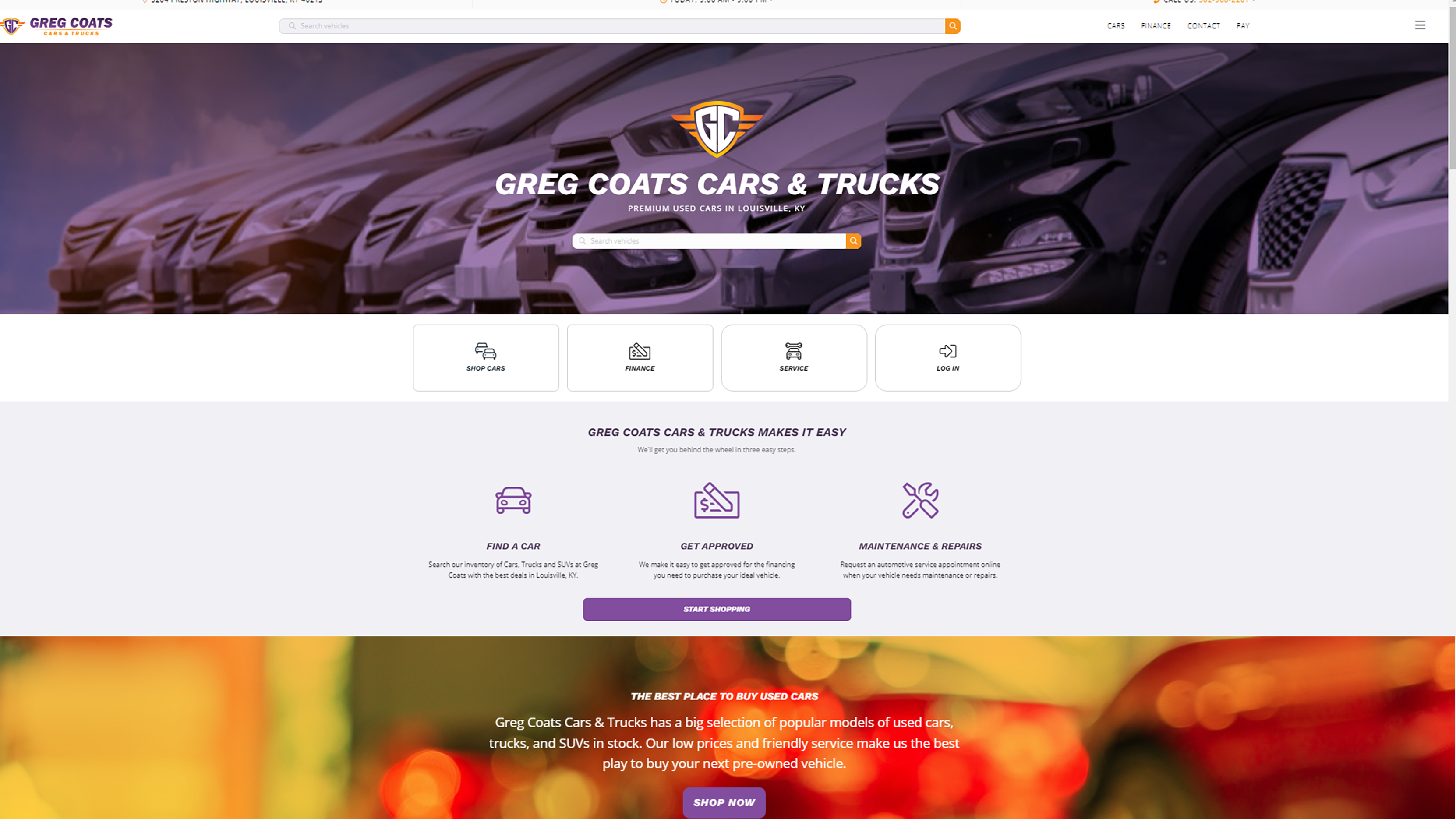 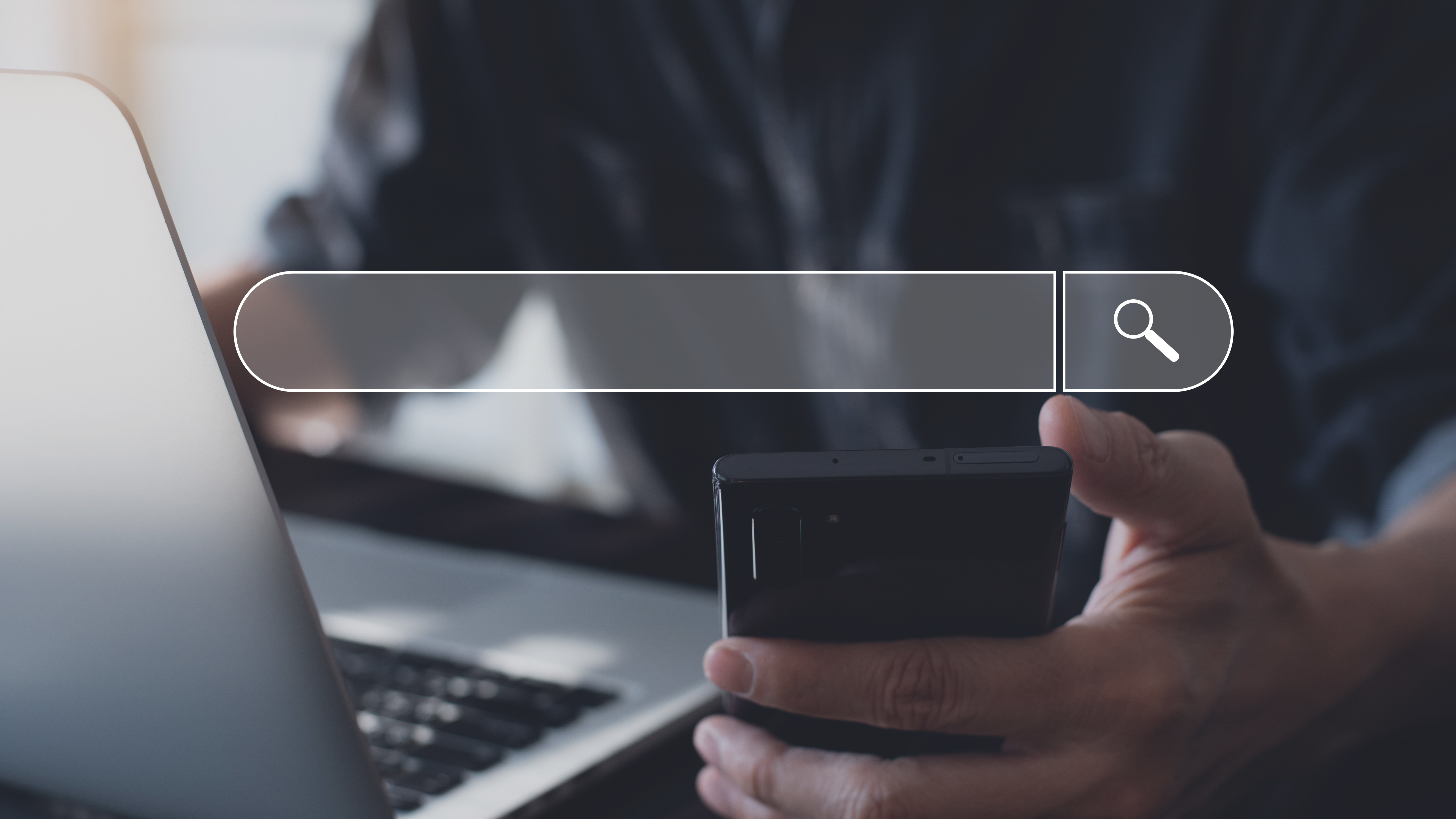 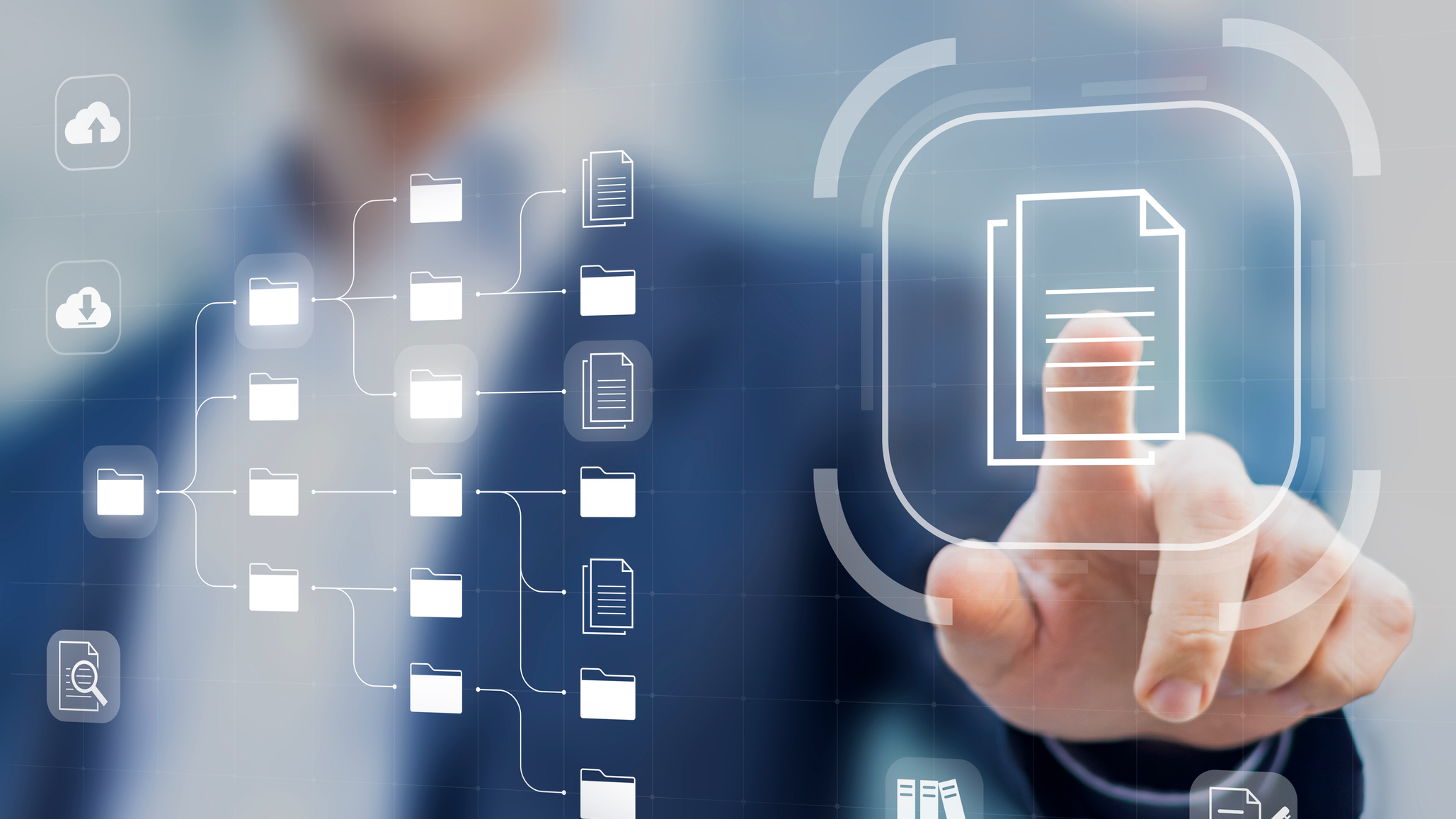 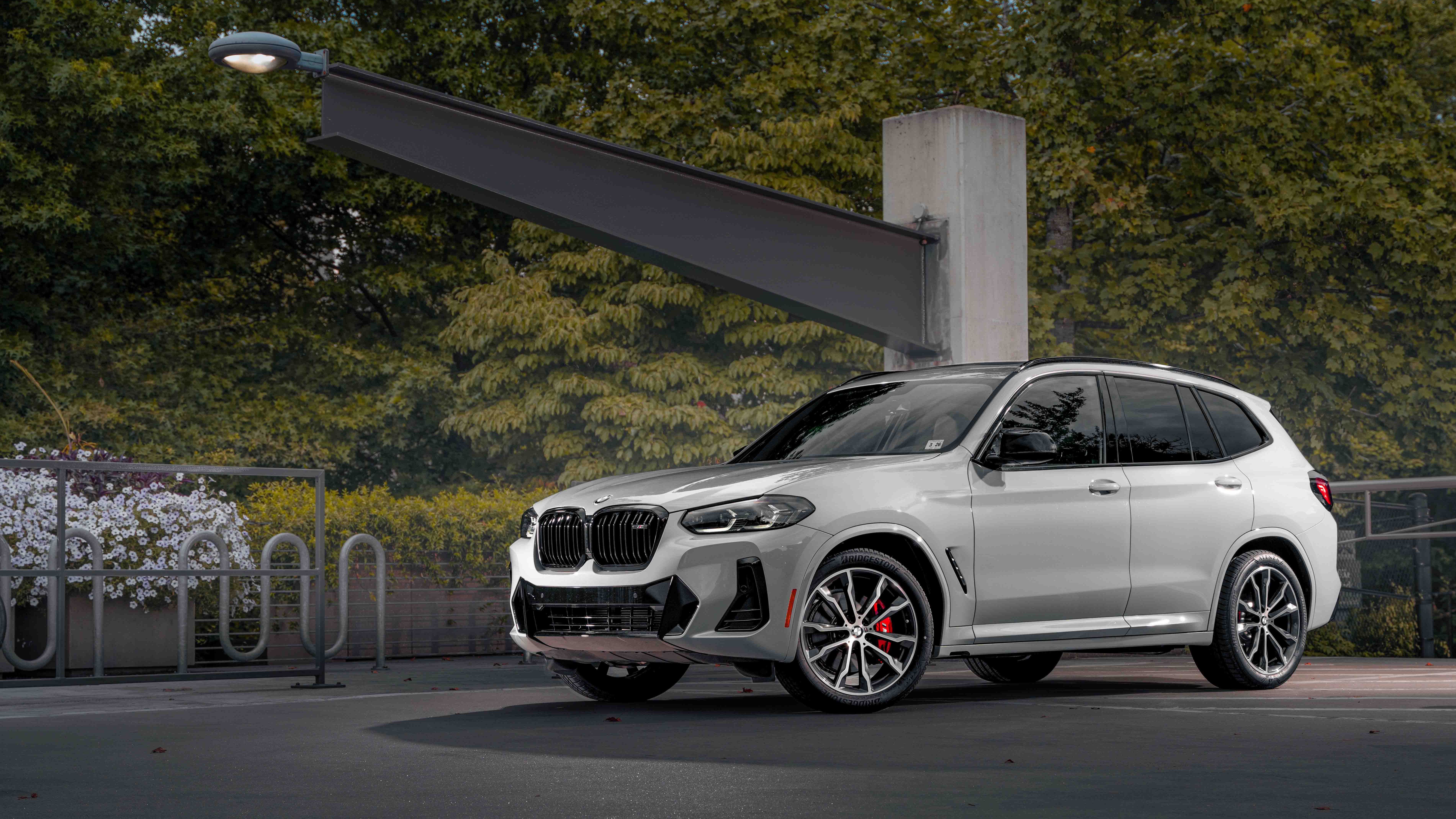 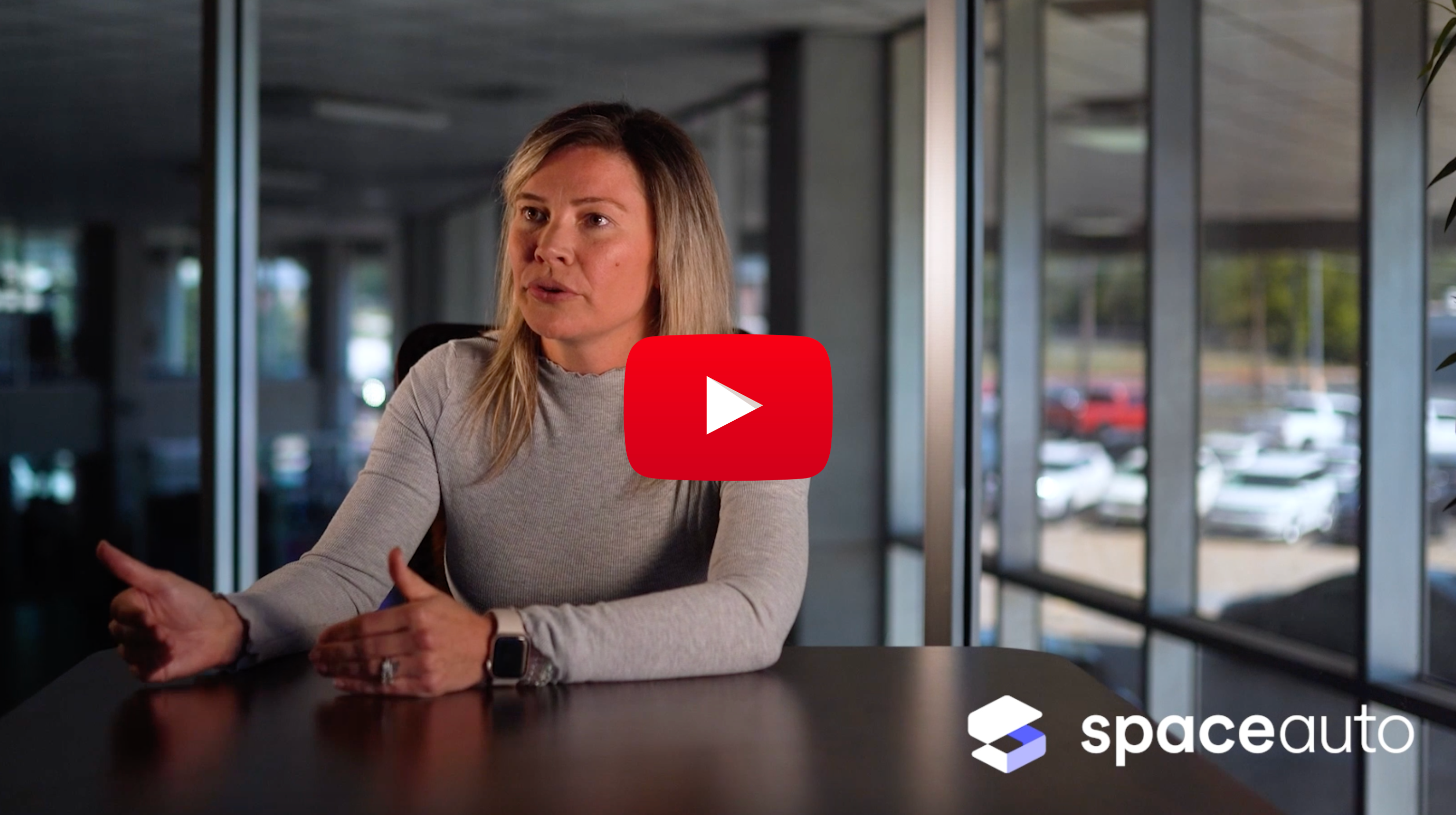